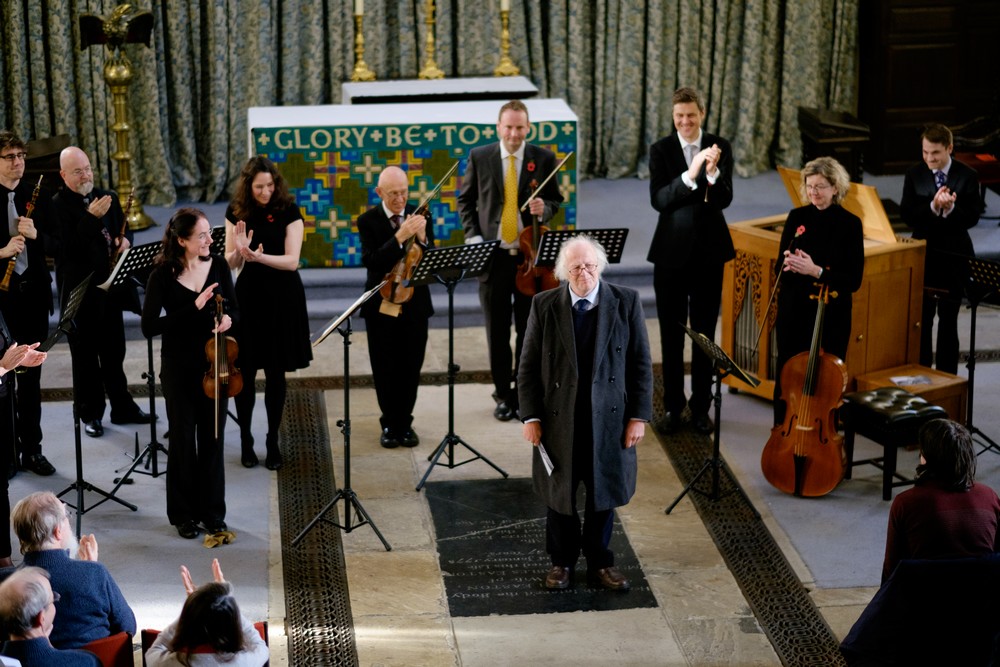 In the autumn of 1976, Peter Lea-Cox was appointed organist of St. Mary-at-Hill in the City. An administrator with some teaching responsibilities at the Royal Academy of Music, Peter decided to use the church to give his students the opportunity to perform Bach cantatas, preparing the editions himself. The series began on 11 November 1976 with a performance of BWV 38, ‘Aus tiefer Not schrei ich zu dir’.

From this initiative, performances of music by Bach and his contemporaries in the City of London (often in the liturgically-appropriated parallel series of Bach Vespers) have continued right up to the present. 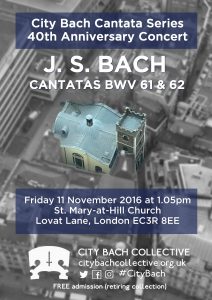 To mark the 40th anniversary of the first Bach cantata concert, the City Bach Collective performed cantatas BWV 61 & 62 at a lunchtime concert on 11 November. The concert was hosted by the associated concert series Music-at-Hill at the church of St. Mary-at-Hill where the series began.

We were delighted that the concert was popular, with many standing at the back and sides of the church. Indeed, we have been told by Music-at-Hill that the audience was the largest for any event they have ever held. There were many in attendance who had been part of the series in its first throes and it was terrific to exchange stories and learn a little more about how the series was conducted in its infancy. There’s also the tantalising prospect of a recording on reel-to-reel tape…

You can read see photos from the event here.