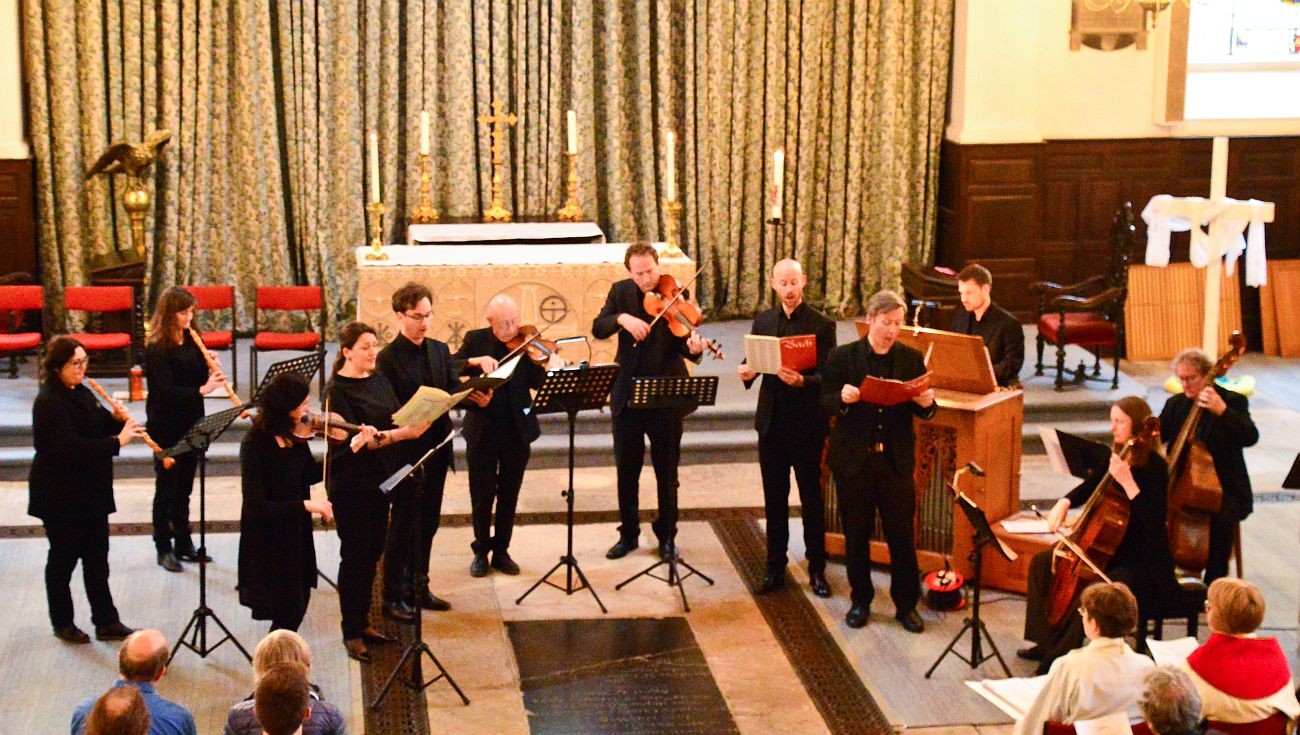 Welcome to the City Bach Collective. We’re a group of professional musicians who perform Bach (and music of Bach’s contemporaries) on period instruments. We’re known for playing in the Bach Vespers series in churches in the City of London and we also play in concerts. The City Bach Collective is directed from the violin by the leader, Hazel Brooks.

There’s more detail about our history and what happens in ‘Bach Vespers’ under the tabs below.

In the autumn of 1976, Peter Lea-Cox, organist of St. Jude-on-the-Hill, Hampstead Garden Suburb was appointed organist of St. Mary-at-hill in the City. An administrator with some teaching responsibilities at the Royal Academy of Music, Peter decided to use the church to give his students the opportunity to perform Bach cantatas, preparing the editions himself. The series began on 11 November 1976 with a performance of BWV 38, ‘Aus tiefer Not schrei ich zu dir’. 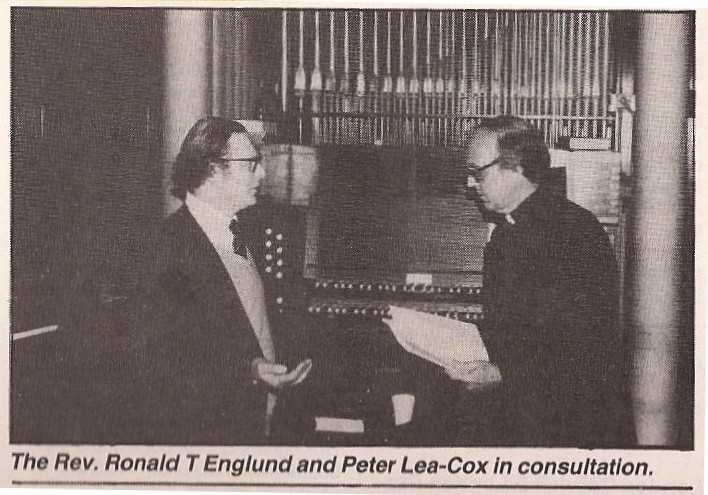 In 1981, Ronald Englund of the Lutheran Church in London based at St. Anne & St. Agnes Church attended one of Peter Lea-Cox’s Bach cantata series performances at St. Mary-at-hill. He invited Peter to repeat it in support of the St. Anne’s Music Society, in the liturgically-appropriated manner that was being practised at an American church at the time (probably Holy Trinity Lutheran Church, New York City). Cantata BWV 161 was duly performed within the Lutheran liturgy as ‘Bach Vespers’ on 26 September 1982. 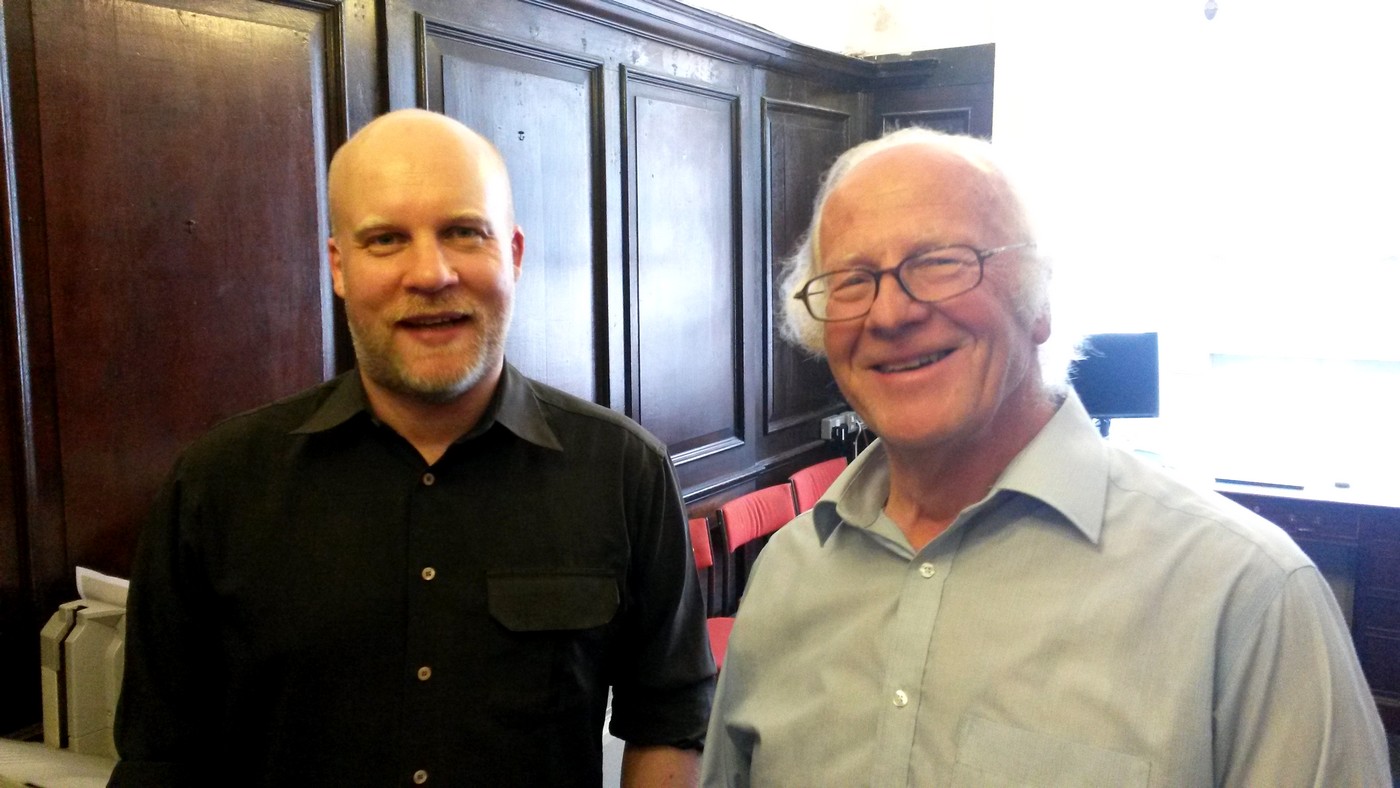 In this way, the tradition of Bach Vespers was started. Peter Lea-Cox completed a full cycle of all Bach’s cantatas in 1997. He continued to deliver Bach to the Lutheran congregation until 2004 when Martin Knizia was appointed St Anne’s Church cantor. Martin went on to perform Bach’s music in the liturgy, in concerts and in the Bach Festival until leaving in July 2015.

We continue to perform Bach in concert and in the liturgy as the City Bach Collective, following a successful first Bach Vespers on 31 January 2016. Download a complete list of all cantatas performed in the Bach Vespers series here.

Performing Bach’s church music within a service of Lutheran Vespers gives the experience of the music a very special context. Bach wrote his cantatas for these services.

The service is almost all musical. We try to follow the type of pieces and ordering of the music that would have been experienced around the time that Bach was working in the German churches where he was employed in the early 1700s. The service is in English; the German words of the choral music come with translations.

Everyone is welcome to come to these services. You don’t need a ticket. There’s no need to be religious. Services last just over an hour. The church gives you an opportunity to show your appreciation for their support of our music in a traditional church collection, where you can give whatever you feel is right.

If you want more information about these special musical church services, have a look at the St. Anne’s Lutheran Church website. 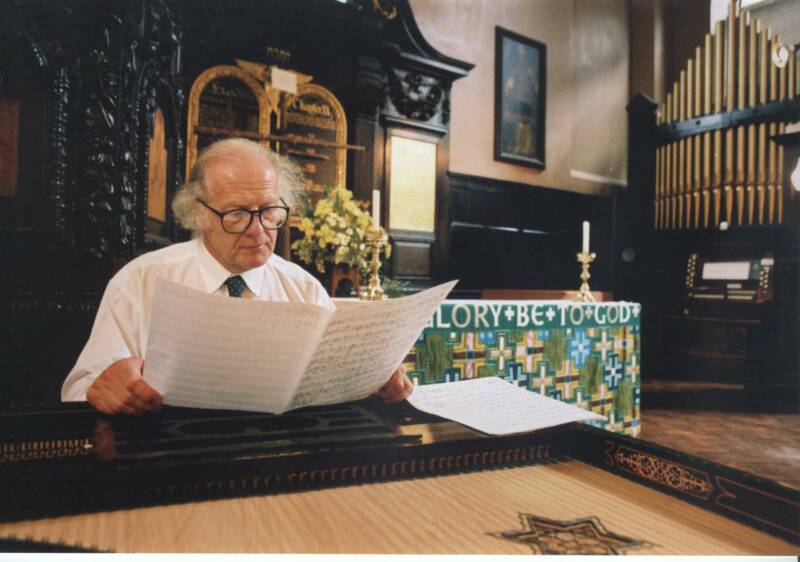 Peter Lea-Cox studied at the Royal Academy of Music in the 60‘s, and then got a teaching job at Oundle School in Northampton for five years, as an assistant music master. From 1973 to 1986 he was on the staff of the Royal Academy of Music where he taught choral conducting, sight-singing, harmony and other subjects. From 1973 to 1986, he was Director of Music at St. Jude-on-the-Hill Church in Hampstead Garden Suburb in London. He also served as organist at St. Mary-at-Hill Church in the City of London during that period.

For more than twenty years he served at the Lutheran Church of St. Anne & St. Agnes in the City of London, where he developed an extensive program of music and worship. With the Lecosaldi Ensemble, Peter completed performances of all 215 cantatas by Bach in the series which he had established. 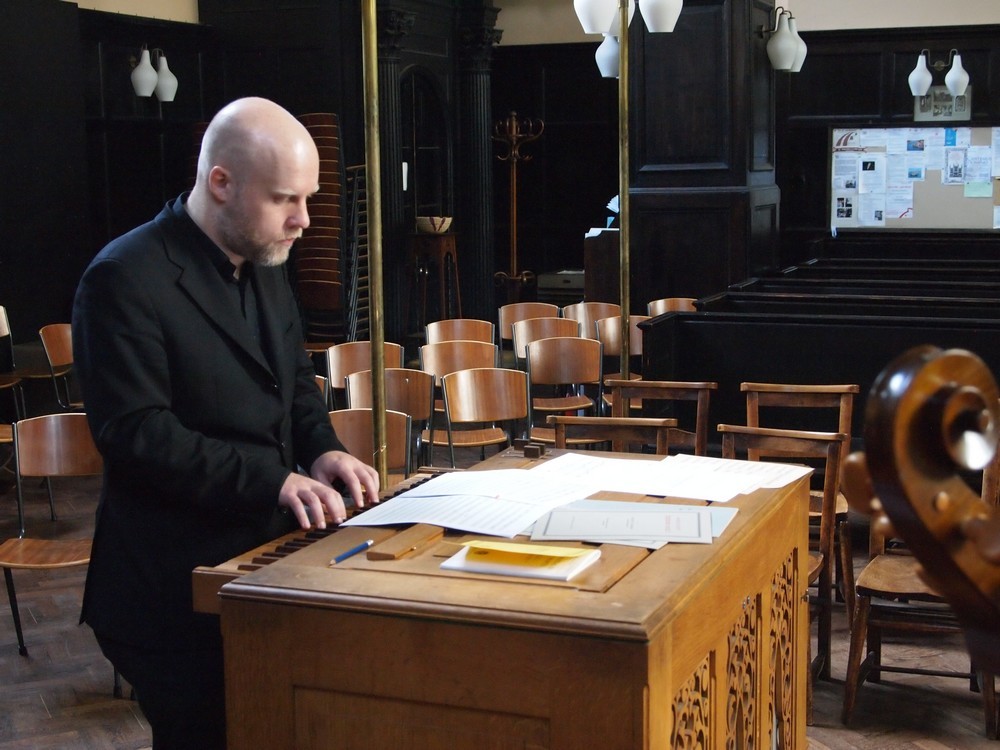 Martin Knizia was educated in Germany at the Musikhochschule Lübeck and in London at the Royal Academy of Music. After having held a Junior Fellowship and position as Associate Professor for Baroque Organ Improvisation and Figured Bass at the RAM, he now pursues a busy career as soloist, continuo player and conductor.

He has appeared at venues and festivals throughout England. Martin has conducted Handel’s Acis and Galatea for the English Bach Festival at the Linbury Studio of the Royal Opera House and he has appeared live on BBC Radio 3 with arias from Purcell’s The Fairy Queen.

His interest in editing has resulted in a critically acclaimed edition of Orlando Gibbons’ Complete Organ Works, published by Universal Edition Vienna.

Martin is the founder and director of the Sweelinck Ensemble, a period instrument group, which has given many acclaimed concerts of 17th and 18th century music. 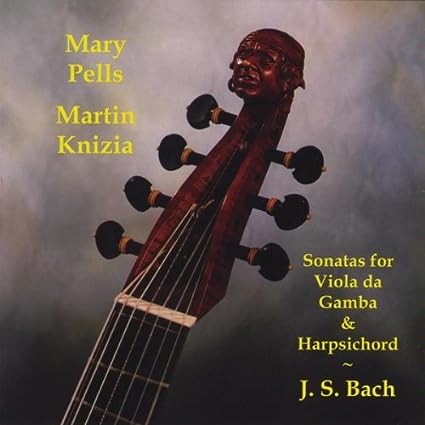 Martin was the Cantor of St Anne’s Lutheran Church until 2015 when he left to take up a position in Berlin. In 2009 he was made an Associate of the Royal Academy of Music.

Martin has recorded J.S. Bach’s sonatas for viola da gamba and harpsichord with the gamba player Mary Pells: you can find the CD on Amazon or on iTunes. 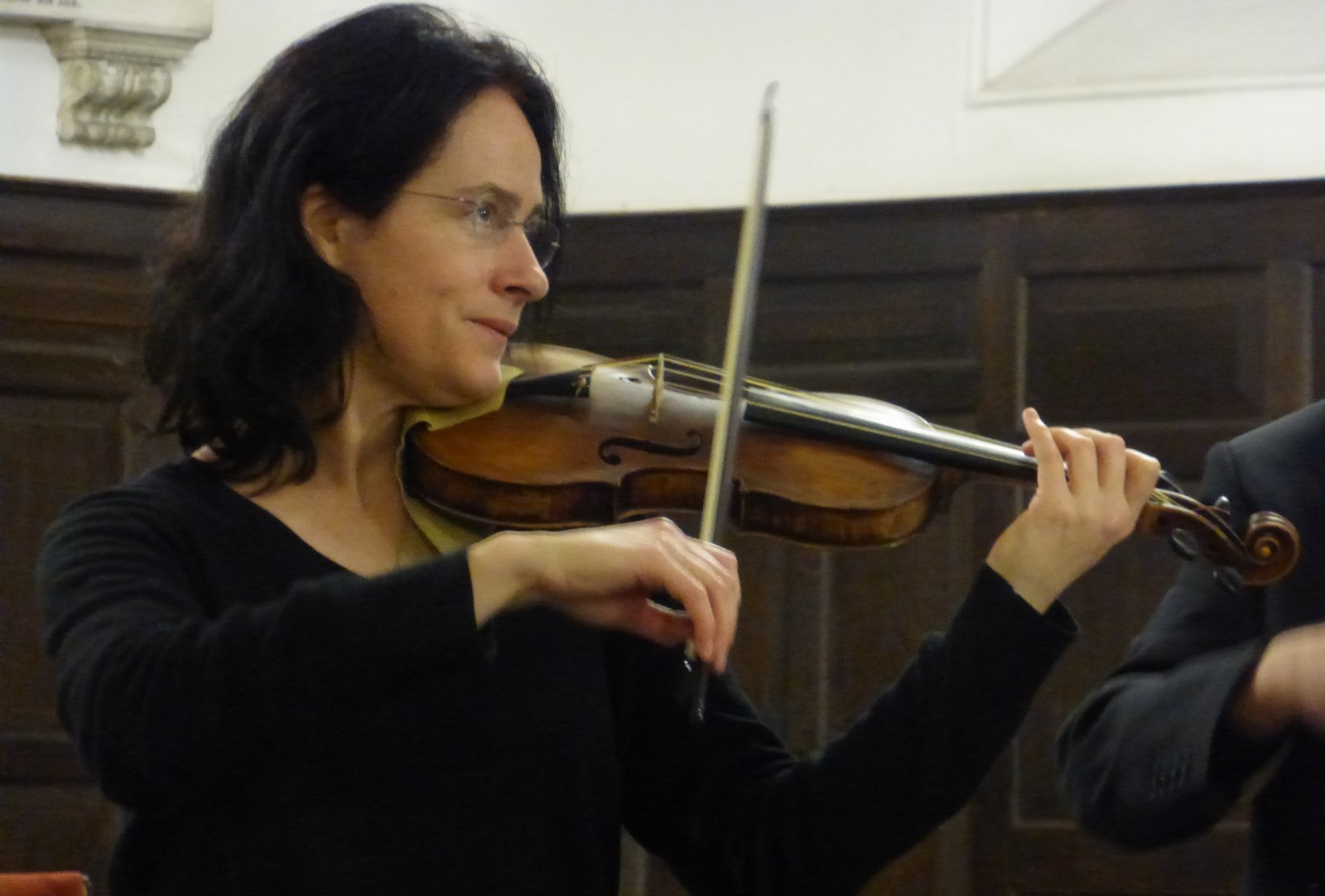 Hazel Brooks is the leader-director of the City Bach Collective. There is more information about Hazel’s work on the People page.