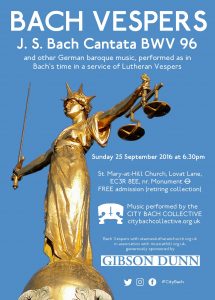 In a week’s time we perform at the first of three Bach Vespers services for St. Anne’s Lutheran Church on the way to Christmas. On Sunday 25 September at 6.30pm we will give cantata BWV 96, ‘Herr Christ, der einge Gottessohn’. The Gospel text for the day recalls the episode in which Jesus is questioned by a lawyer about the law and counters by citing the first two commandments.

On 23 October at 6.30pm we will perform a colourful cantata for the final Reformation Sunday before next year’s Quincentennial. BWV 89, ‘Was soll ich aus dir machen, Ephraim?’ is a dramatic cantata coming straight from Matthew’s parable of the Unmerciful Servant, in which injustice, mercilessness and violence go hand in hand. 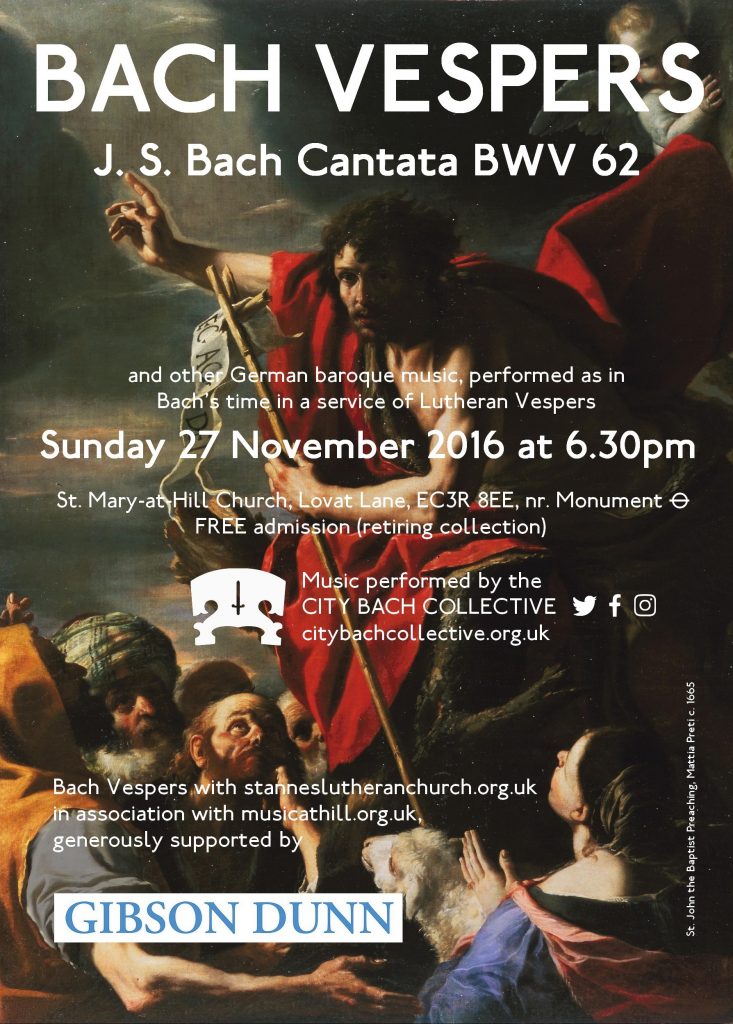 Then on 27 November again at 6.30pm we will perform one of the marvellously entertaining Advent cantatas, BWV 62, ‘Nun komm der Heiden Heiland’: ‘streite, siege, starker Held!’ babbles the bass, incontinent at the thought of imminent salvation.

We are able to perform these fine works of J.S. Bach’s through the generosity of Gibson Dunn in supporting St. Anne’s Bach Vespers series. If you want to know more about Bach Vespers with St. Anne’s Church, visit their web page here.