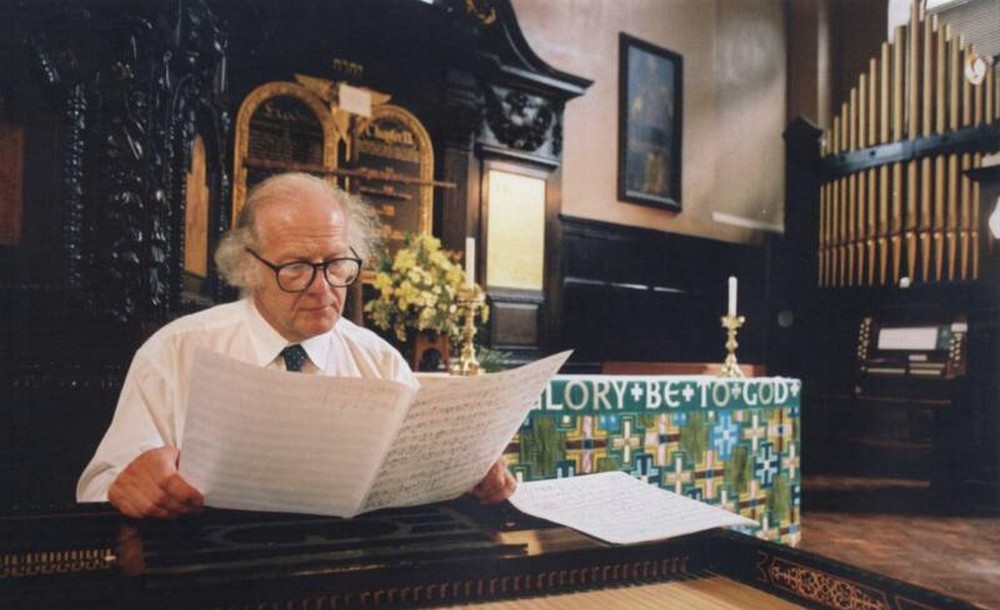 We are delighted to have secured the opportunity to present a concert celebrating what is, essentially, our 40th anniversary. The City Bach Collective is the latest incarnation of a constantly renewing group of musicians first convened by Peter Lea-Cox (above) to perform Bach cantatas in the City. 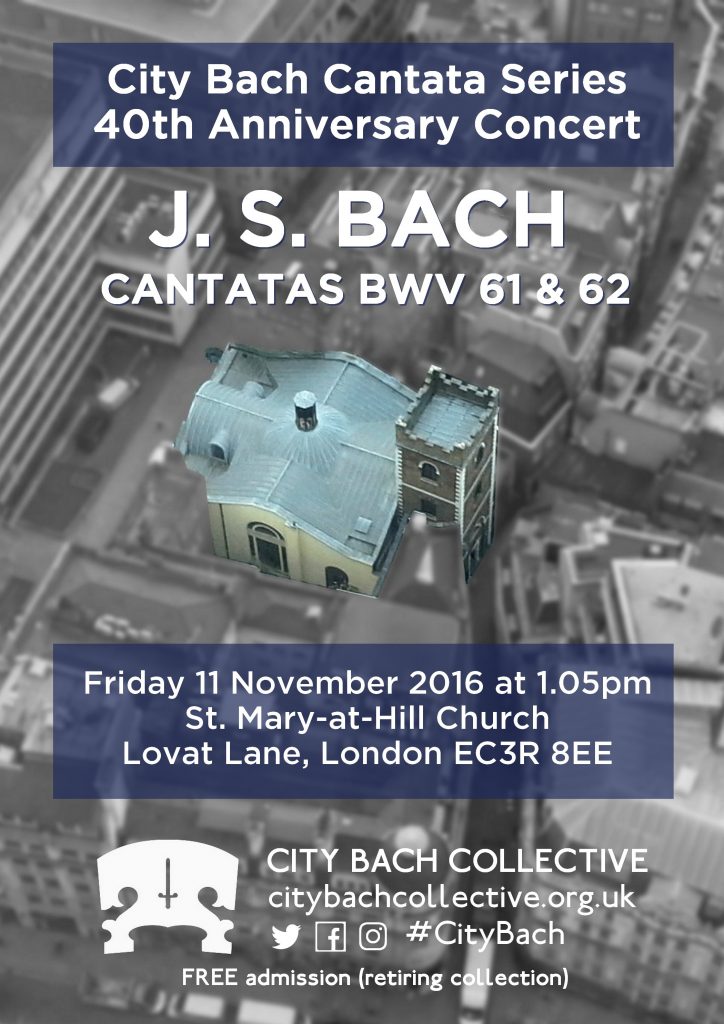 On the 11 November this year we will give a lunchtime concert at St. Mary-at-Hill church, which is where the concert series started in 1976, to mark the anniversary.

We will perform two upbeat Advent cantatas suitable for the time of year, BWVs 61 & 62, ‘Nun komm der Heiden Heiland’. The concert will form part of the Music at Hill lunchtime concert series, a series with its own close association with the Bach series and the concomitant Bach Vespers series.  Admission is free and there will be a modest reception after the concert. It is a great opportunity for those who don’t usually make it into the City at weekends to hear the City Bach Collective perform.

There will be more information nearer the time but you can keep up to date via this Facebook event page. The City Bach Collective are an occasional group. We appreciate your support. If you are interested in helping us to put on this concert, do get in touch (contributions are recorded in a commemorative programme, to be submitted to the British Library).