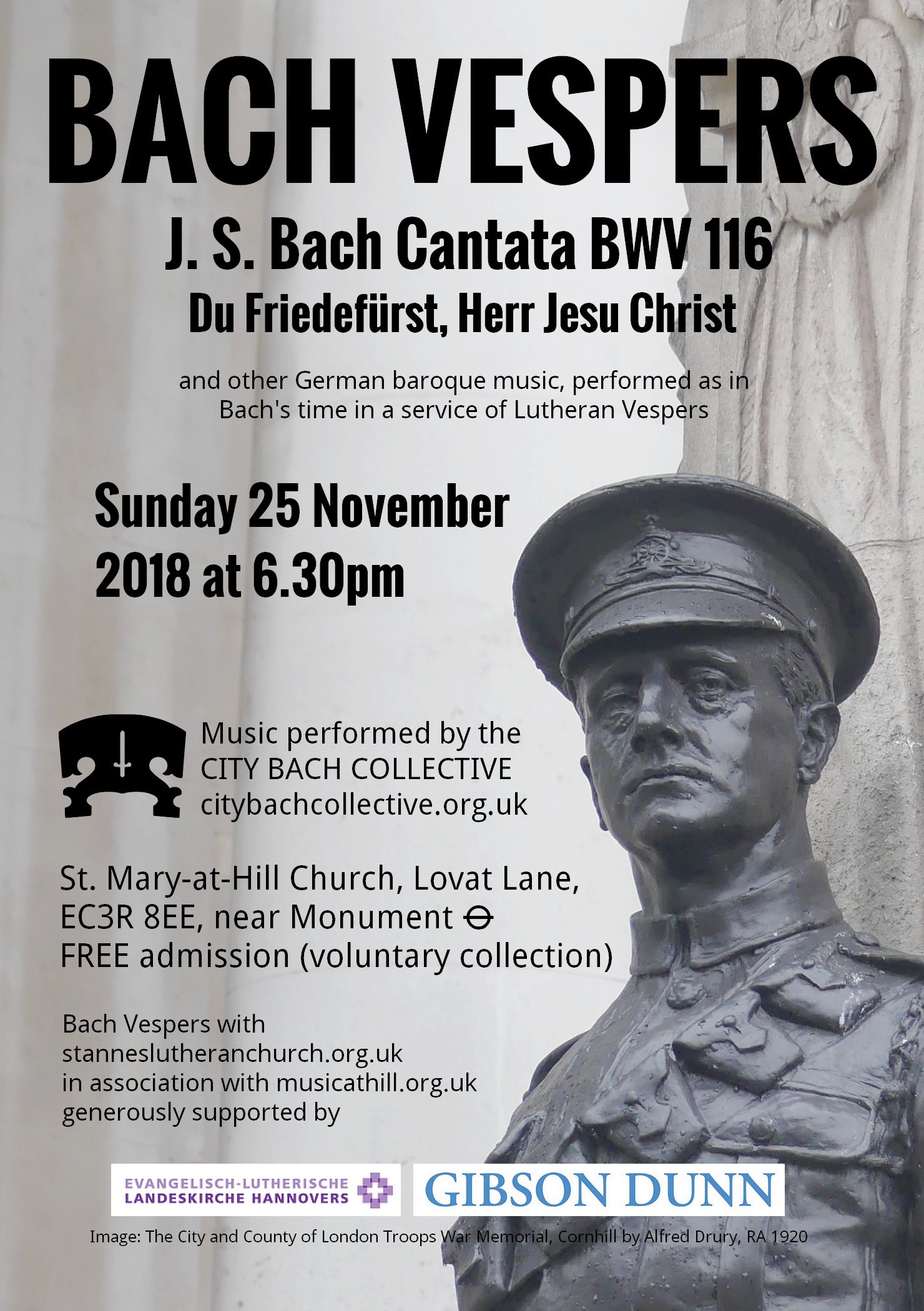 The final St. Anne’s Lutheran Church Bach Vespers of 2018 will be on Sunday 25 November 2019. We will perform J. S. Bach cantata BWV 116, Du Friedefürst, Herr Jesu Christ, a piece which concerns the idea of  Tribulation, when the people are beset by siege or war.

This is a serendipitous work to be performing a fortnight after the 100th anniversary of the Armistice, the centenary of the conclusion of the first World War.

In addition, we will also perform other pieces by Bach as well as music by Johann Schein and Matthias Weckmann.